Transportation is one of the most taken-for-granted, underappreciated government services. Funding for transportation is very contentious as various stakeholders and constituency groups compete against each other, with strong divisions between transportation modes and geographical differences. Transportation funding is also unique, as it is dedicated by fuel taxes and a metropolitan sales tax.

Created in the fall of 2013, the Move MN campaign united an unusual array of stakeholders who recognized that the state needed to invest in its transportation infrastructure.

As campaign and communications manager, Tunheim developed a comprehensive plan that built the large Move MN coalition, engaging diverse stakeholders in making transportation funding a top priority in the media and legislature. Campaign communications efforts focused on developing and delivering key messages that reinforced the campaign’s goals to key stakeholder groups, including Gov. Mark Dayton and legislative leaders, the media and public. 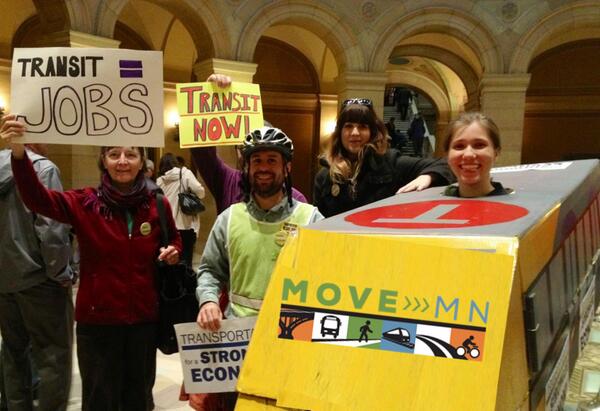 By May 2014, Move MN grew to include 200 organizations and had the support of more than 80 counties and 400 townships. Move MN generated more than 50 newspaper and television stories on transportation in Alexandria, Duluth, Mankato, Rochester and the Twin Cities, as well as 10 statewide editorials heralding transportation as an issue that needed to be addressed.

Because of Tunheim’s hard work, transportation was well-positioned for the 2015 legislative session.